Will your boat float?

Whether buying a second-hand boat or preparing to dust off your old vessel for summer, Maritime Safety Victoria (MSV) says all boats should be properly checked before heading out on the water.

Older boats may not be in suitable condition – due to vessel modifications or lack of maintenance - putting boaters at serious risk on Victorian waterways.

MSV’s advice follows a recent Coroner’s report into the deaths of four men who failed to return from a fishing trip in Frederick Henry Bay, Tasmania in July 2016.

The Coroner recommended that anyone purchasing a second-hand boat should have it inspected by a suitably qualified person. He also commented that owners of recreational vessels should give careful consideration to the vessel’s capacity to carry people, and give attention to whether buoyancy should be retrofitted.

MSV encourages all boat owners to check if their boat has an Australian Builders Plate (ABP) and to familiarise themselves with the information displayed. The ABP provides guidance on the carrying capacity of the boat, and its buoyancy performance if it should become swamped or flooded.

ABPs on boats not exceeding 6 m will state if the boat has ‘basic’ or ‘level’ flotation.

MSV Acting Director Cameron Toy said: “Level flotation means that a boat should float level with the waterline if it is swamped or flooded, and it is less likely to capsize. This provides more support to the occupants, and means that safety equipment is more likely to be accessible.

If your boat has no inherent buoyancy at all, and would sink if it was swamped or flooded, then you should urgently seek professional advice about fitting flotation.

Finally, with many boats being used for the first time in many months it is important to have boats and motors serviced thoroughly and then kept well maintained throughout the season.

Boaters can learn more about flotation at: transportsafety.vic.gov.au/msv/float 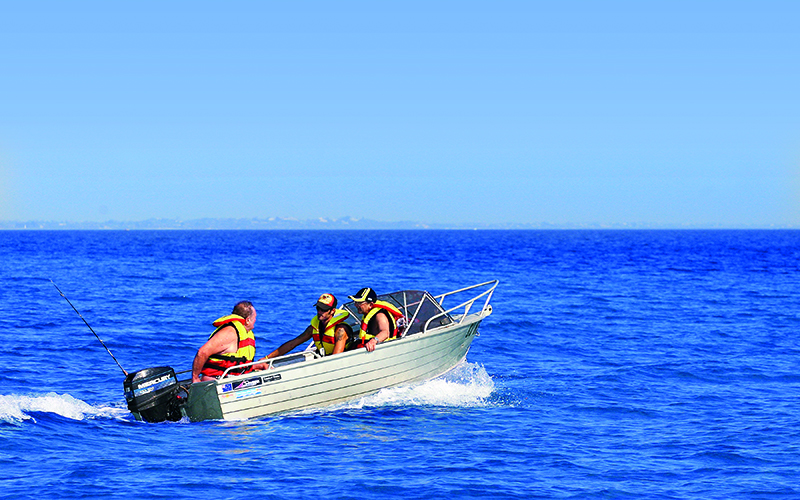