Consultation: New rule for jet ski riders on the bay

Maritime Safety Victoria (MSV) is inviting feedback on a proposed rule change for the use of personal watercraft (PWC), such as jet skis, on Port Phillip Bay.

The rule is being proposed in response to concerns and risks arising from the operation of PWCs near other waterway users (particularly swimmers and bathers) within Shared Zones around Port Phillip Bay.

The proposed rule would prohibit irregular riding of PWCs in Shared Zones, and would require PWC operators to navigate the vessel in a direct line through Shared Zones. This is intended to help other waterway users predict the path of a PWC.

MSV considers ‘irregular riding’ of PWCs to be: wake and wave jumping, surfing, erratic changes of direction, weaving, freestyling such as sharp turns, semicircular or circular manoeuvres undertaken at any speed.

Cameron Toy, Acting Director Maritime Safety Victoria (MSV), explained that a rule change was being considered in response to rising concerns about the safety of waterway users in Shared Zones.

“The safety of swimmers and other people in the water is being compromised by the way some PWCs are being operated.

“In the six years to June 2018, PWC registration grew by 55.6 per cent. The number of PWC owners and PWC endorsed marine licence holders now exceeds those for other types of powered vessels including boats.

“This growth has coincided with increasingly crowded Shared Zones and an increase in community complaints.

“Our concern is for the safety of all waterway users and the proposed rule is intended to reduce the risk of death and serious injury by making PWC riding in Shared Zones more predictable.

“There is no foreseeable loss of rights to PWC operators in this proposal as existing waterway rules already contain speed and distance limits – this is more about how a PWC is operated within Shared Zones,” said Mr Toy.

Have your say on the proposed rule on Engage Victoria.

Your feedback will be used to develop a Reasons for Decision document, outlining whether or not the proposed rule will be implemented and why, that will be available on the MSV website: transportsafety.vic.gov.au/msv and the consultation page on Engage Victoria.

“If the change is implemented and found to be successful, any proposal to extend it to other waterways would involve further public consultation,” Mr Toy added.

You can download the Consultation Paper as a PDF or accessible Word document, and review our frequently asked questions: 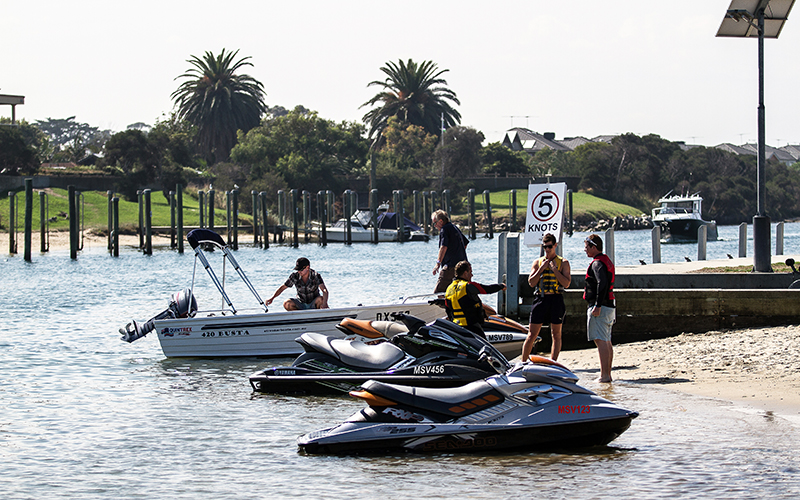